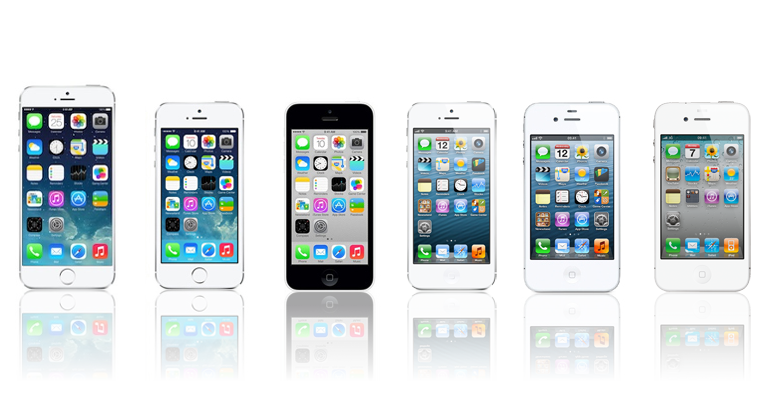 The Web assures that the new iPhone 6 will come out in September, while the ‘old’ Apple models are declining. But Asian markets need low cost

The iPhone 6 has arrived. Rumors produced by the New York Times, immediately followed by the Web, assure that Apple will present its new smartphone on September 9. AAPL stock is thankful and, while internet fortune-tellers start competing to publish information and rendering regarding the new iPhone and announce the introduction of the iWatch or iTime, Apple addicts who chase after the new Cupertino products are ready to let go of their iPhone 5 at any cost. But not everyone can produce the several hundred euros needed for Apple’s new smartphone, the second one under Tim Cook’s leadership (excluding the 4S and the discussed 5C).

New iPhone gulps down old iPhone is the rule at Cupertino. And not only because Apple’s marketing creates such high expectations regarding the new model that the superfluous seems indispensable, but also because the latest smartphone pushes the previous ones out of the market and out of production.  NYTs’ Damon Darlin suggests that people should sell their used iPhones and advices on how to do it online and how to find buyers for their “old” iPhone5s.

The race to the new iPhone contains a mixture of technology and psychology. Since 2008, every time Apple has launched a new model, Google has shown a search peak for “iPhone slow”, much higher than that for “Galaxy slow” or similar. New models are faster and their launch coincides with an iOS upgrade specifically tailored to the latest hardware. This way users are not only subject to the hype of the new ‘cool’ product, but are also aware ofthe different gear between iPhones, so that it’s not only advertising that makes them feel that what they own is old. Cupertino has built part of its success on two bets: “Apple invents the market and doesn’t follow it” and “there can’t be an iSomething that doesn’t amaze and raise the bar”. That’s why the new erases the old, and it has always worked this way. But this time things could take a new turn.

Will the iPhone 6 pension off the 4S and 5C? Although this question mightsound strange, it actually makes a lot of sense. Apple’s turnover in the third quarter was unprecedented thanks to the emerging markets and especially China. The new front of its expansion, where it competes with old enemies such as Samsung and new contenders such as Xiaomi, consists of markets like India and Indonesia where even the iPhone 5S was considered too expensive. Already in 2013, Tim Cook’s Apple had re-launched the production of the iPhone 4 8GB in India precisely for this reason (with unprecedented sales) and some observers say that the only reason why this line was closed in May 2014 was  that consumers had to be pushed to buy the 5C, 5S and, of course, 6. But there’s a lot at stake and an additional issue arises in view of the launch in September. Raising the bar is Apple’s philosophy, but the world of devices still moves at two different speeds, and what is – often arduously – affordable in Western countries is still inaccessible in Asia. Doing away with products means giving up market shares that in the East account for millions of consumers. What will happen to the older brothers of the iPhone6? Will Apple try to follow once more the criticised road of low cost or will it leave the stage to Xiaomi, Nexus 6 and company as regards this segment?