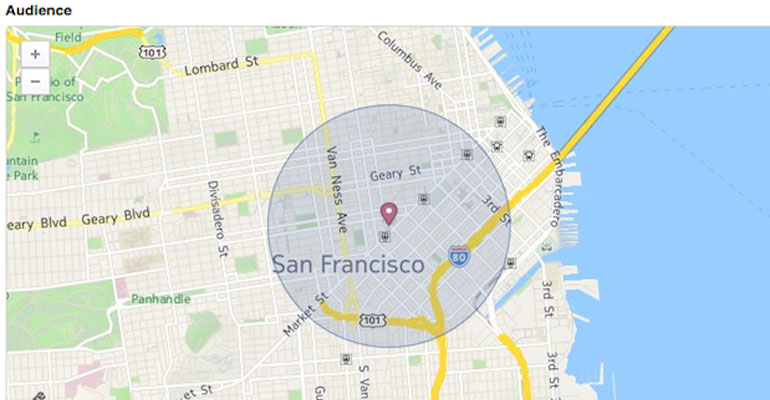 Facebook’s mobile ubiquity and push for always-on location sharing came to fruition today with the launch of hyper-local advertising that could convince people to visit stores they’re nearby. Soon, brick-and-mortar businesses will be able to target ads to anyone who lives or was recently within a specific distance of their store. Advertisers can set a radius as small as a mile and the ads will show up on people’s phones or web browsers. These new Local Awareness ads will be available for US business owners in a few weeks, and around the globe in the next several months.

Hyper-local advertising has been a long time coming for Facebook. Way back in January 2011 it acquired Rel8tion, which did this kind of ad targeting. Then in June 2012, VP Carolyn Everson hinted that location-aware phones could one day power hyper-local Facebook ads, and I wrote about how they could work. The ads still aren’t served in real-time, but I’d bet that eventually businesses will be able to pre-bid on a hyper-local audience and have them shown to users when they enter the geo-fence.

Now with over 1 billion mobile users, many of which give Facebook access to their location, plus its desktop users who volunteer their current city or can be located by IP address, Facebook has the data it needs to make hyper-local ads a reality. It even has real-time location on some users in the US thanks to its recently launched ambient proximity feature Nearby Friends.

Businesses just punch in their address or select one from their Facebook Page, set their radius, gender, and age range, add a photo and message, and Facebook routes the ads to people in the vicinity. Businesses can even select to include directions in their ad via a button that will launch a map app in a user’s phone.

In 2013 Enel corporate websites will be CO2 NEUTRAL

How Diverse are Your Social Networks?