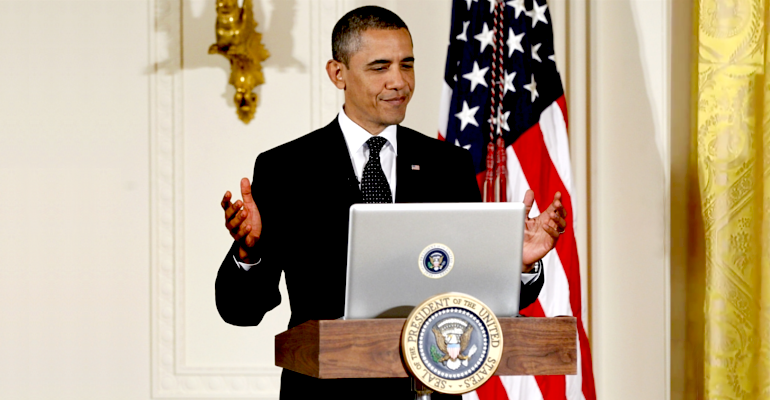 The Data Transparency Coalition accuses the White House of wanting to overturn the DATA Act that lies forgotten at the Senate. Is it conspiracy or realism?

The White House wants to tie up Open Data. This is shocking news, especially considering that according to Barack Obama the transparency of public administration is one of the pillars of his mandate. But this complaint seems to be based on evidence and it has been submitted to the Data Transparency Coalition (DTC), which reunites the non-profit organizations that promote the Digital Accountability and Transparency Act.

The DATA Act is an ambitious bill aimed at standardizing and publishing a great amount of reports and datasets on expenses and budgets of the US government.  The text was submitted to the two Chambers of Congress in May 2013, and in November it was voted almost unanimously  (388 in favour and 1 against) by the House of Representatives. Nevertheless, the Senate still hasn’t discussed it and the rumours that have circulated were hardly reassuring for the promoters of the law and supporters of Open Data.

Radical changes, delays and limitations are apparently ready to be included in the bill, watering it down and weakening it. This was revealed by the Federal News Radio, which mentions a document – aimed at substantially changing the DATA Act – submitted in extremis by the White House Office of Management and Budget (OMB),  which  wants to:

Conspiracy or exaggeration is the dilemma regarding the DATA Act.  DTC and its supporters say that it’s a “clear attempt to gut” and that these are “unacceptable changes”. On the other hand, OBM defuses tensions and calls for a less “cost-effective” law on transparency, preferring the spending review approach to that of accessible federal budgets. An understandable choice in times of crisis, except that it takes place precisely when Obama is still trying to extricate himself from the quagmire of the NSA case and the recurring invasions of signal intelligence into the privacy of Americans. The Web considers this the most classic case of double standard. Or, put it another way: We are Open Data with other people’s privacy”.

Watch a group of drones fly in a coordinated flock