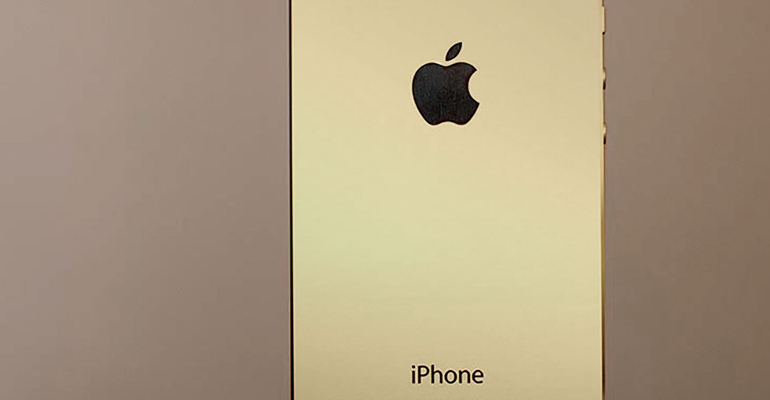 Apple has always had a bumpy relationship with “serious gamers.” Macs continue to be the lesser computer for Call of Duty and League of Legends folks, and despite plenty of success with mobile games in Apple’s App Store, the Apple TV’s living room gaming experience hasn’t necessarily been its shining feature. But all of that could change with the iPhone 5s, which now stands as Apple’s strongest, and best, chance to really enter the gaming market.

The number one reason why this market could fall into the Cupertino company’s hands? The environment of handheld gaming at large is currently undergoing a major change.

As it stands now, the landscape is divided at the emergence of the “casual” gamer, the Angry Birds and Candy Crush loving user who wants to spend a few minutes playing at a time. This type of user is Apple’s bread and butter, as 240 million registered users are playing games connected to Apple’s Game Center, according to Silicon Valley Business Journal. This is a huge statistic, but iOS games don’t necessarily attract traditional gamers looking to sink hours and hours into their game of choice.

However, they’re not happy with their other handheld options, either. Sales for Nintendo and Sony haven’t been going well, and that’s leading to a big power vacuum. According to Asymco, Nintendo has sold 186 million mobile devices since 2003, but is failing to gain traction or establish a new “console era” with the 3DS. And Sony’s portables have long trailed its competitors, failing to match smartphone or Nintendo sales.

Nintendo has responded to this slump by boosting its accessibility — with the 2DS as a clear play to get casual gamers in on more serious fun. Sony, on the other hand, might be thinking about switching strategies, backing out of handhelds in favor of a low-cost console in the potentially game-changing PS Vita TV. In short, traditional gaming companies are scrambling to match the ubiquity of mobile devices, leaving the field wide open for Apple to get serious.

Another piece to this puzzle is, obviously, inside the iPhone 5s. While the 64-bit A7 and the sensor-processing M7 could be overkill for everyday use, their ability to handle big graphics as seen in the Infinity Blade demonstration today shows that Apple could start encouraging developers to create bigger, more immersive titles for mobile. Graphics are a huge part of the gaming experience, and it means a lot that the small phone can handle big environments.

If the phone is able to juggle great graphics with longterm battery usage and stable speeds — reviews pending, of course — then it’s already well on its way to top the 3DS and the Vita for gaming. Opening the doors for longer, more in-depth games in the vein of Bastion, XCOM and, yes, Final Fantasy could turn the iPhone 5s — and future iPads likely to use its technology — into full-on console competitors, especially if it can tap into more recognizable titles.

Apple TV could be the missing link. Thus far, Apple’s set up the pins with the iPhone 5S, but a revolutionary Apple TV could knock them down and kick off an era of gaming for the company. It’s one thing to reliably produce a cohesive gaming experience on the phone, but it’s quite another to have a seamless play experience with a big-screen TV at the ready. If a (possibly new?) Apple TV can transmit the iPhone 5s’s blazing graphics, then it could even go toe to toe with the PS Vita TV and the Ouya.

Everything is falling into place for Apple to finally make its big move in gaming — and prove that it’s worth its salt for more hardcore gamers.

After Her: Why our love of technology will remain unrequited