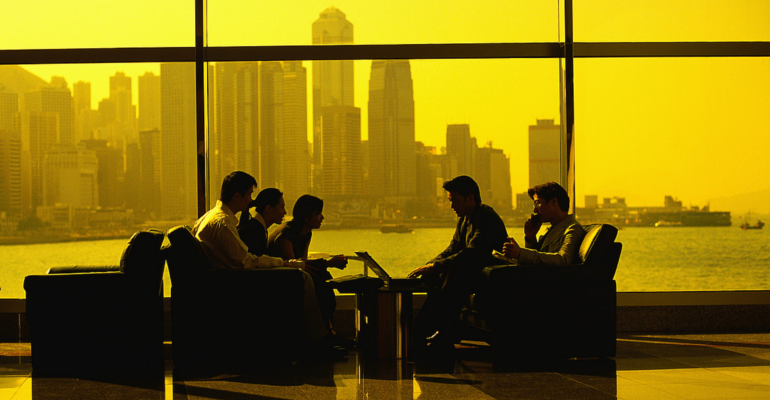 The profession practiced by CDOs could remain in the shadows if it’s onlyassociated with a Chief who reports directly to the CEO. An appeal to the informal community of digital officers

“Keep calm and go digital”. Among the various reviewed versions of the historic British poster of ’39, this is the only one that, instead of making me smile imagining situations or people, made me think about work. Because this is the version that best translates “Keep calm and carry on” in the specific of my activity.

The debate on the digital future of companies is very lively on the Web and I gave my contribution by publishing several posts on Chief digital officers on this blog. The consequent discussion was more plentiful than I had expected and I began to reason with friends and colleagues, also in a more orderly way, to start understanding the (digital) state of the art in Italian companies, experiences in other countries, (all) the sectors that are involved for various reasons by the technological and cultural revolution brought forth in business first by computers first and then by digitalisation. I found myself plunged in a sort of permanent training with continuous suggestions and an equal amount of questions.

The Chief Digital Officer is an answer to the ongoing revolution, but not theanswer. In the debate with those who practise my profession, this awareness has clearly emerged. If in the United States, but also in the European Union, the CDO is considered like the missing part of the jigsaw in the new scenario of corporate business, in Italy the time has come for a cultural qualitative leap, though some obstacles that slow down this course still remain.

How much does the C factor count? It’s the question that a colleague ironically asked me when I talked to him about this CDO I’m ‘down with’. By the C factor he meant the first letter of the acronym: that is, how important is it that a digital officer must be a Chief? Today it counts a lot, maybe more than it should. And this shows the cultural commotion caused in companies by the digital revolution that asks for new paradigms and balances, but most of all produces disruption.

Digitalisation has imposed itself in many different professional sectors, frommarketing, to ICT, to communication tout court. And it obliges them to stop conceiving themselves as individual segments, connected only enough to avoidgetting in each other’s way. Nowadays  processes, communication campaigns or even single products are intertwined with digitalisation because they need it to be – think of technological hardware – and also to exist – since data are the strategic heritage of any activity.

Getting rid of the dead wood that the role of Chief can represent for the development of CDOs is maybe the best way to facilitate the growth of a profession that companies are looking for without even really knowing how to call it. On the other hand, a multinational like McDonald’s recently appointed Atif Rafiq its first CDO, and they had him report directly to marketing and not to the CEO. Because each company needs to govern its digital factor, but it must do it its own way.

Digital Officers are business-driven leaders even if they don’t belong to the highest C-level. With this awareness, to give credit to the spontaneous community that I found when I started to write about CDOs, I stimulate the debate and raise the biddings: I think it might be useful to identify a platform for a dialogue on content, activities and, mainly, on the issues that everyone must face inside or outside the company. This is a matter that holds the attention of many, so I think it’s important to catalyse useful interests and suggestions.

It’s a simple idea: the creation of an informal CDO club, for people who consider that the profession counts more than the C factor. Whoever’s interested can get in touch with me through this blog or my Linkedin profile. The debate is open!