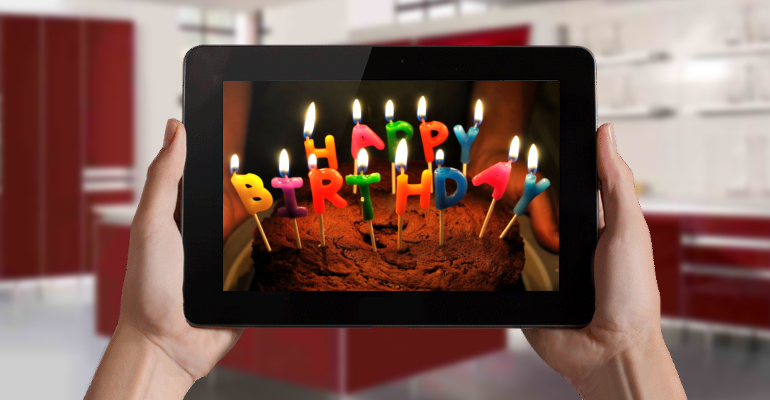 The world wide web is 25 years old. After half a century from the  birth of the WWW, the new frontier is linked open data, the last offspring of Tim Berners-Lee’s invention

25 years of web, 25 years of revolution: happy birthday, Web! Today the WWW is half a century old, but looking back this period seems like  a whole era. The voyage into the past to rediscover the way we were when Tim Berners-Lee’s invention started to make converts is a leap in time, not just nostalgia.

A “Vague but exciting project…” said CERN supervisor Mike Sendall, when he had to evaluate the idea of the – at the time – unknown British computer expert,his subordinate. The memorandum aimed at creating a global hypertext system remained in the drawer for 18 months and when it got back (approved) to Tim Berners-Lee’s desk it was classified as a secondary project that the father of theWWW was to develop, but not as a priority. However, the ellipsis in Sendall’s comment synthesised the huge amount of changes that we are now living (social media, apps and so on) as well as the new scenario towards which the web has projected us since the beginning, without us even knowing it.

“Raw Data Now!”  is the mantra that Tim Berners Lee has been repeating for years, projecting the horizon beyond the Web. The man who invented the‘miracle’ of the link now asks for linked data. And just like in 1989 he used the word “frustration” to define his feelings regarding the possible and untappedpotentials of document sharing – the WWW was born from the simple consideration that researchers working at CERN’s open space in Geneva lackedan agile and simple instrument to share their findings – is now using the same term to explain the accomplishments that could be achieved by making “raw data” available on the Web.

The 25 years of the Web can be celebrated in two different ways: we can take a look at the way we were by surfing online libraries such as archive.org and smiling at the HPs of the early ‘90s, which now seem rudimentary to say the least, or we can look forward to the benefits (and risks) of a world made of linked open data, to use Tim Berners-Lee’s words, producing “a real change with a capital C”. While the Web broke down the real walls of distance and time, making it possible to get immediate and rapid information, linked data target virtual walls in order to directly connect the knowledge between them. A new revolution, which is already happening, though with indefinable boundaries, so that the same words that Mike Sendall used 25 years ago for the Web can be used now: “Vague but exciting”.

You must believe in it and experiment, turning vague ideas into exciting realities. This is exactly the spirit with which a few years ago at Enel we started to work on open data and now we are linking them through the data cloud. The internet of data is much closer than we think. Dear colleagues, let’s get down to work.

How Facebook Went Mobile, In Before And After Org Charts

Benefits and damages (to productivity): social networks at the workplace