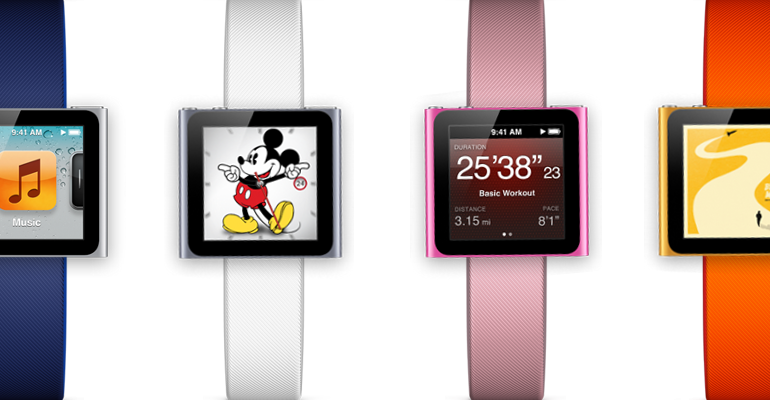 The designs of  Apple’s smartwatch patent are going around the Web. But something’s wrong. And in the meantime  Big G is already on the market with the LG G Watch and Samsung Gear Live

iTime is the name of  Apple’s  most recent patent, iWatch. The leak, which includes the technical drafts of the smartwatch, has come out on the Web the day in which Tim Cook presented the data regarding the 2014 second quarter, with net profits that have increased by 12.3% (6.99 billions more than 2013) on the trail of the unprecedented sales – especially on the markets of the BRIC countries – of the 5S and 5C iPhones.

Apple’s wrist iPhone (or at least the rumors on the prototype sketches) is coming out one month after the  the Android Wear platform-based LG G Watch and Samsung Gear Live, presented at the San Francisco Google I/O 2014, and just before the Motorola Moto 360, which will presumably be presented this summer and is the third smartwatch model based on the operational system developed by Google for the  so-called wearable market. In short, Cupertino is almost one year late compared with Big G and the rumors on the marketing of the iTime are contradictory: some say October, others November, or even 2015. But expectations are rising and many people think (hope) that Tim Cook and partners have been delayed  but are presenting a smartwatch that is up to the tradition of Cupertino, able to beat its competitors and meeting the tradition of the “One more thing …”.

What’s Apple’s iTime like? Fromthe sketches on the Web, the patent 8.787.006 appears a bit old-style. And in fact the prototype was presented back in 2011 and the approval of the US Patent & Trademark Office came now. iTime looks more like the long awaited iWatch than Apple’s actual smartwatch. The technical sketches make you think it’s an iPod Nano with a multimedia watchband. Square screen, central unity that can be used in a standalone mode, jack for headset, GPS module, WiFi connection, haptic feedback and that’s about it. If Apple’s product should be exactly like the prototype, its functions would not be up to the expectations (also, the design would not be up to the Ive standard). But the fact that the competition on the smartwatches is at its best and that the patent  8.787.006 exists are two elements that make you suppose that at Cupertino they’re preparing something really hot. That’s why  the iTime sounds more like a signal, like a “stay hungry” until the iWatch comes out.

Iran Bans WhatsApp Because It’s Owned By ‘An American Zionist’