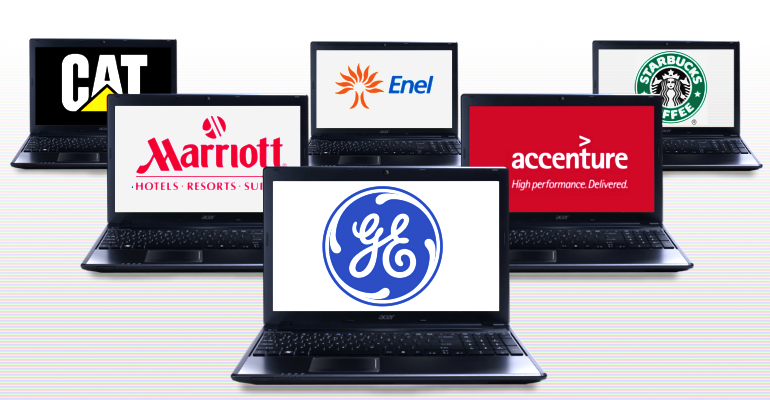 Corporate blogs are spreading, just like web only diaries of multinationals. An insight into  General Electric, Accenture, British Airways and Enel

After the social networks boom, blogs were considered done with. But, as is often the case in the digital world, that forecast made in the heat of the moment – it was 2009 – didn’t prove right. There are many reasons for the survival of these discussion sites that, from the times of the RobotWisdom link, list have evolved with a makeover, while keeping their identity. One of the reasons is also, in my opinion, that companies have (re)discovered blogs, viewing them not only as communication targets to influence the Web on a product, but also as genuine corporate tools.

The companies included in Fortune 500 that have started corporate blogs from 2008 to 2013 are constantly growing (with an 18% leap over the last year), despite the budget cuts due to the crisis and the spreading of social channels to be used for communication and marketing purposes. And this trend is not only visible in the case of big companies in the USA, but also involves  large multinationals in other countries. Accenture, General Electric, and British Airways may have the most indicative models of corporate blogs and the ones that best show how this tool has evolved over the years.

I’m well aware of how valuable corporate blogs are for companies. Enelsharing is the channel with which we started increasingly making room for storytelling also to tell stories about the company and its employees. It’s partly a hub of news across the country, even the smallest ones (from work on the network in a certain neighbourhood  of a small town to the ongoing promotions in each single Punto Enel). But most of all it’s part of a model of integrated communication that is directly connected with all the social networks in which Enel is present, including Twitter, Facebook, YouTube, Instagram and Pinterest. Speed, immediateness and simplicity are the characteristics of Enel’s communication: “That’s the power of blog”