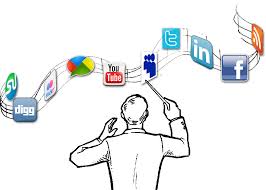 Each social media platform has cultivated a unique identity thanks to the demographics of the people who participate in the network. Some platforms are preferred by young adults, who are most active in the evening, others by high-income professionals, who are posting throughout the workday.

In a recent report, Business Insider have break down the demographics of each major social media platform to help brands to identify how demographics affect usage patterns, and why some platforms are better for brands than others.

Here are some findings:

Look at your profile pics and find out who you are