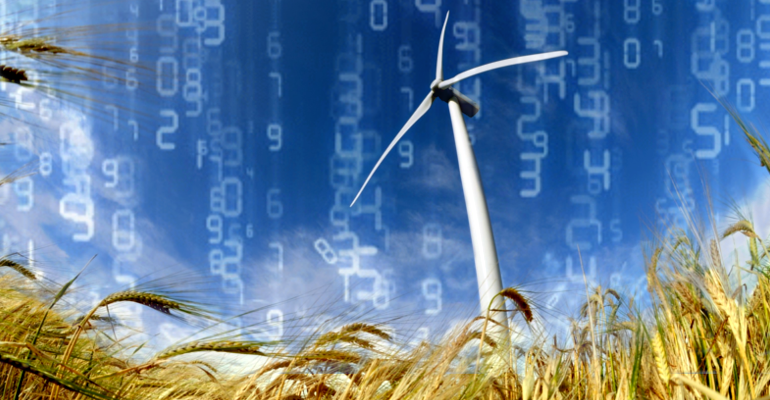 From renewables to coal, from the i-EM startup to the Torrevaldaliga Nord control room. Power companies can be data driven, as shown by two examples set by Enel

Clean technology startups and large thermoelectric plants can benefit from the same energy source: Big Data. Increasingly, companies are embarking in the development of data driven projects in order to capitalise the immense amount of data that have become available with the digital revolution. And major power companies, as well as small 2.0 businesses engaged in green projects, are doing the same.

Weather forecasts, consumption, performances are just a few of the fields in which data can be collected and analysed to improve the efficiency of plants or safely manage electricity distribution networks. The predicted sun exposure in un specific region, a neighbourhood’s consumption timeline, the expected life cycle of single components of a wind blade or a gas turbine are all factors that can be now translated into numbers that, once processed, can become a lever to improve the performance of entire solar PV fields, cut bills for households and businesses and reduce management costs of entire plants.

In the age of smart technologies, Enel has opened a new frontier of data-oriented innovation. And there are several examples of projects that have been launched in this new course. For example, one of the startups included in the Enel Lab experience is i-EM, which has developed specific skills in the transformation of satellite, weather, environmental and technological data into business intelligence information for public organizations and private firms.

i-EM’s partnership with Enel Lab has allowed the Livorno-based startup to develop a whole set of technological solutions and draw up artificial intelligence algorithms to predict generation from renewable sources, a matter that is of interest for the Enel Group all over the world with the spread of distributed generation and operations starting at large solar and wind power plants, especially in emerging countries.

Innovation, integration and security are the three factors that also characterise Enel’s control room at the Torrevaldaliga Nord thermoelectric plant in Civitavecchia, in Italy. The new structure, which started operating in March, allows to perform the specialised collection, monitoring, interpretation and analysis of all of Enel’s coal plants in Italy.

From renewables to coal, Big Data are a  highly effective tool to integrate economic and environmental sustainability into energy generation. Over two thousand years ago, Archimedes said: “Give me a lever and I will move the world”. Today he would say: “Give me Big Data and I will change it”.

Datagate against aliens and “sexy vampires”

Free dataset! Linked data are necessary to do business