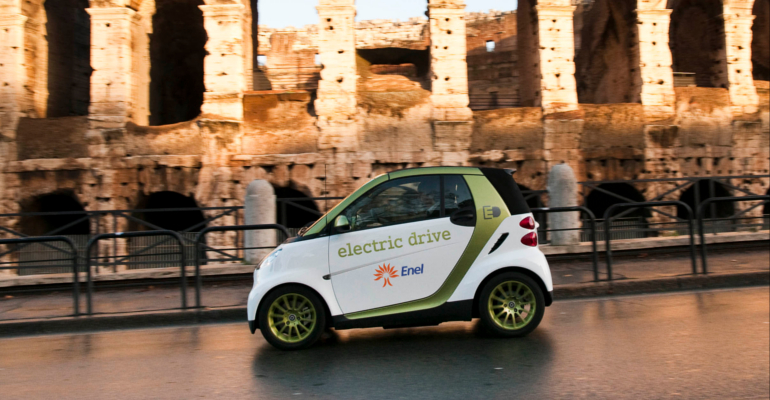 Large automotive manufacturers are focusing on electric or hybrid vehicles. But this is not enough to promote them: firm and organised joint efforts with electricity industries and political bodies are necessary

For its most recent marvel, Ferrari chose a hybrid model, for the first time: this shows that the time is ripe for electric transportation. “LaFerrari”, presented at the Geneva exhibition, is not accessible to everyone (it costs a million and a half euros). However, various other manufacturers are ready to bring out electric or hybrid cars: including the Classe B Electric Drive by Mercedes, the XV Crosstrek Hybrid by Subaru and the Pathfinder Hybrid by Nissan.

But manufacturing electric cars, even stunning and efficient ones, is not enough.  Infrastructures are also necessary, otherwise these vehicles will remain in the showrooms instead of being driven on the roads.

This is why the great electricity companies are working jointly with automotive manufacturers and local governments. Furthermore, in Italy Enel and Eni have recently signed an agreement for an experimental programme aimed at installing fast charging stations developed by Enel at Eni’s gas stations.

A new European platform has been established to join forces between all the involved parties aimed at promoting the widespread use of electric vehicles:  the Platform for the Electrification of Surface Transport, established by 11 organisations from across European industries and transport modes, including Eurelectric, the association of European electricity industries.

The aim is to achieve the ambitious target set by the Transport White Paper 2011 of the European Commission for 2050: to reduce by 60% greenhouse gas emissions from transport compared with 1990 levels.

Moreover, according to a platform’s statement, for Europe’s industry the widespread use of electric cars also means technological development, economic growth and new jobs.

A Team Of Kids From Korea Just Won $1 Million For Playing A Video...