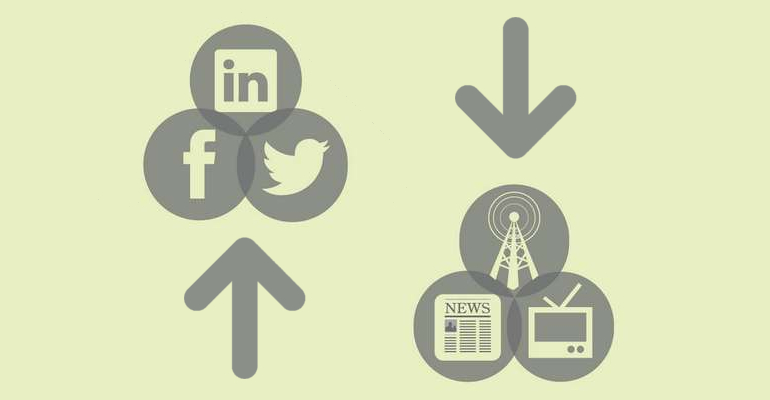 For searching for information and viewing films, social networks and streaming increased their advantage compared with traditional media

For entertainment or when searching for information and news, users prefer Web 2.0 channels to traditional media.

The comfort and convenience offered by the Web has encouraged users to quickly shift to online streaming, as shown by Blockbuster’s recent shutdown. Since 2011, the number of movies viewed via streaming increased by 135 percent, and this market is currently worth 3,400 million dollars.

Indeed, streaming platforms are as flexible as a physical support, although they cannot compete with the blue-ray support as regards quality. Furthermore, films that are viewed online cost significantly less than those in other formats, namely an average of 51 cents per view.

Also, just like streaming platforms subtract users from the home video market, social networks are increasingly the main source for news searching, wearing away traditional markets like television and newspapers, and even traditional sites. At present, almost 30 percent of Americans regularly turn to social media to look up information and news.

A recent study conducted by Ask showed that more than half of US users found out about the latest news from social media, before acquiring information from traditional media. Moreover, unlike what could be expected, the Web herald is not Twitter, but Facebook, which is preferred by 55 percent of Americans who are searching for news. Nonetheless, traditional media have an undisputable advantage as regards quality or rather, specifically, accountability and reliability of sources.

A third of people in the UK now use tablets, latest figures show