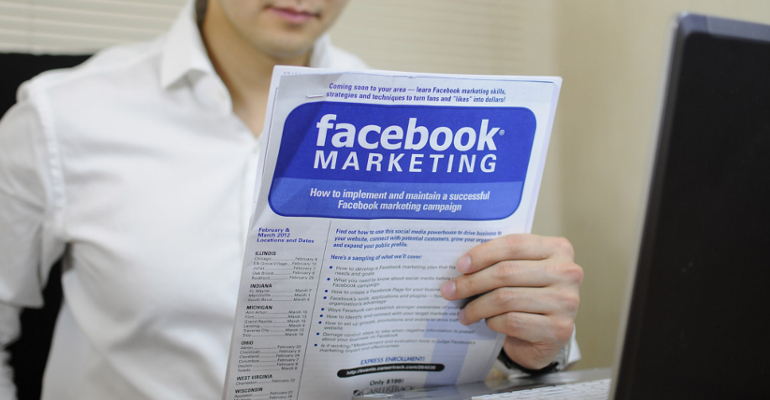 According to a recent survey, Facebook is viewed by marketers as somewhere where you just have to be. Advertising investments on socials are growing but the limited format of the ads and the impossibility to track the ROI still cause great concern.

If one asked a marketer what he thinks of Facebook, he would probably answer showing mixed feelings of satisfaction and dissatisfaction. Hardly anyone feels enthusiastic about the format of the ads, the sudden changes regarding the measurement of results, but most of them use Facebook to promote their business.

Ad Age and CITI conducted a survey on 701 marketers and social media specialists to find out what they think of Facebook. The study compared the results of January 2013 and those of June 2012, and immediately found that the use of paid sponsorships had increased: 61% of the surveyed population use paid advertising on Facebook, compared with 55% in June.

As for future trends, 50% of the surveyed marketers said that they will scarcely increase their budget for paid ads on Facebook, 8.2% will invest a significant amount, 37.2% will not alter its  budget, while a minority will only just reduce it  (3.3%) or will greatly reduce it (1.3%).

As for the ROI on Facebook, most of them (46.7%) consider it similar to those of other platforms like Yahoo and Google, 29.3% consider it less effective while 23.9% think it is more useful.

Finally, as regards mobile devices, most of them believe that Facebook’s mobile app is important for their marketing strategy.

So Facebook seems to still be seeking the right balance between satisfaction and the experience of its users and of marketers who, with their paid ads, can sometimes seem invasive and unpleasant.

In Australia, Attention Is Fragmented Across Screens